Santa, who has to travel 2,860 miles per second in order to visit 1,700 homes per second to deliver over 2 Million Tonnes of gifts to boys and girls around the world, has supply chains and logistics challenges that put even the logistics challenges of the largest multi-national or US military (that has to support almost 1.5 Million people on active duty around the world that need everything from food and clothes to jeeps, tanks, and aircraft to do their job) to shame.

Reviewing a few simple stats, that we can compile from this article on The Science of Christmas in the Telegraph, this article on Santa’s Logistics Challenge in the Bangkok Post, and this article that asked What if Santa Had a Supply Chain Problem over on Open Kitchen, we find out that:

The ISM recently published an informative piece on how to make better decisions with cost modelling. Given that projected cost modelling can help supply management organizations reduce procurement costs and generate information that could improve cost performance throughout the supply chain, proper cost modelling is something every organization should have a good grip on.

The breakdown graphic is very good. The cost of any particular good is:

The last three costs in particular should not be overlooked. While they will typically be small in comparison to the other costs, they are there, and they cannot be driven to zero no matter what the volume requirements or the economies of scale. They will always exist, and squeezing a supplier’s profit margin to unreasonable levels seriously jeopardizes the health of the supplier. In addition, while tempting to do so, SG&A costs that are not directly applicable to the good being produced should not be included in the indirect cost. While the indirect costs can be reduced with production line efficiency, SG&A cannot.

Furthermore, cost models are even easier to correct. Simply state that, unless the supplier proves the model wrong, you will assume that it is right and base your negotiations off of it.

And once you have a correct cost model, you not only gain deep insight into a supplier’s costs, but into their inefficiencies. For example, you will learn where they are spending too much on raw materials, whether or not they are not competitive in labour costs, and where their processes are inefficient. Then, you can work with them to either help them negotiate better contracts with their raw material suppliers or buy on their behalf (with a larger aggregated demand that you can use to leverage a better contract) and to remove inefficiencies from their processes. This can create win-win situations and give you preferred customer status, which will be beneficial if demand outstrips supply.

Just like a chain is only as strong as the weakest link, your supply chain is only as safe as the most insecure point – and the surprising thing (to you) is that it’s probably not where you think it is (at least not if you do business the local way).

As per this recent article over on the Logistics Briefing Blog, 2012 is a record breaking year for freight criminals. It was bound to happen sooner or later. As the article points out, with an average electronics shipment valued between 3 Million and 30 Million, these shipments are worth a lot more than most shipments of drugs or even guns, and are more valuable to thieves in more ways than one.

But what is really going to surprise you is where the crime is picking up. Many of the significant thefts are in the EU! A recent theft in Hungary involved about €3 Million worth of smart-phones. Theft in the Netherlands shot up when the U.K. launched Operation Grafton to reduce thefts in Heathrow. And freight crime in Belgium has increased 90%.

So for those of you worried about India and China, think again. (And, as mentioned in the first paragraph, if you’re willing to do business the traditional way in those countries, and grease a few palms, your cargo will be quite safe. SI is not endorsing this, especially if you’re in the U.S. or the U.K. where such actions might be seen as violating the FCPA or the Bribery Act, but just noting that, statistically these countries are safer to ship in than a number of countries in Europe and can be much safer than just about anywhere in the world with the right preparations. The point is that your first instinct is probably not the right one when it comes to judging safe shipping zones.)

That sometimes you still need a good book. 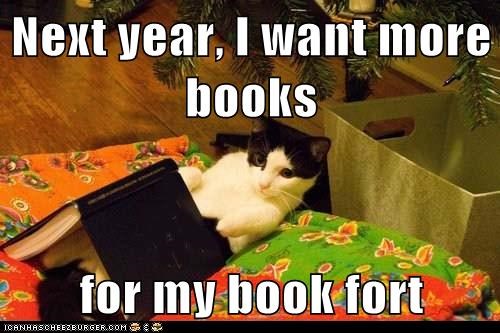 Do you? (Book sales, which increased during the middle of last decade, are now down to what they were 10 years ago. e-Readers are great, but they’re still not books.)

A recent article in the Supply Chain Management Review that stated the obvious fact that retailers’ supply chains [are] in jeopardy if [the] port strike is not averted noted that the NRF (National Retail Federation) and the RILA (Retail Industry Leaders Association) are calling upon President Obama to engage directly in contract negotiations between the ILA (International Longshoremen’s Association) and the USMA (United States Maritime Alliance) and invoke the Taft Hartley.

Why? The strike, which could take place on December 29, would impact all international trade and commerce at 14 of the nation’s East and Gulf Coast container ports that account for 95% of all containerized shipments offloaded on the Eastern Shipboard.

Should he? I don’t think so. It is Obama’s job to support legislation that opens the borders to free trade and to reach out and begin negotiations with leaders around the world – not to settle labour disputes. It’s not his problem that the West Coast work stoppage in 2002 caused an estimated $15 Billion in losses or that the 8 day work stoppage at the ports of LA and Long Beach last month caused shipping delays for hundreds of millions of dollars of cargo. That is an issue caused by the inability of two sides to reach an agreement, and, to be honest, by the unwillingness of the union to accept that it’s the twenty-first century and adapt appropriately.

As per this article in the LA Times earlier this month, the port strike was part of a bigger fight. The union is not happy with the fact that cargo companies want to cut costs and automate operations to compete with aggressive rival ports in South America and Canada and are fighting tooth and nail to prevent automation to preserve as many of the (extraordinarily) high-paying jobs for their middle-class members as they can. (And these are high paying jobs. An article in the Pittsburgh Post-Gazette back in 2006 noted that the 100,000 members of the two longshoremen unions had an average salary topping $120,000 a year, making them the highest paid blue-collar workers in the U.S. who earned 65% more than an average auto worker at a big three. Source)

While I’m sure the cargo companies and ports are being too aggressive in terms of target cost and job reduction (as transition takes time to be non-disruptive), at this point I’m sure the union is being, at the very least, equally unreasonable. The economy is still in the dumps, the unemployment rate is still close to 8%, and ports North and South of the border are adding enough capacity to take all their business if they don’t smarten up. They average worker is doing a job that could be done by a high school graduate and earning more than I was when I was a Chief Scientist / Chief Architect, that required a PhD. In fact, they earn considerably more than the average software developer or engineer who requires 4-5 years of advanced schooling and 5-10 years of experience to their jobs. I personally think something is wrong with this picture. I’m all about fair pay for fair work, but as they are already getting ridiculous pay for the work they’re doing, relatively speaking, I can’t sympathize with them.

However, while I certainly understand the position of the people calling for the invocation of Taft, I don’t think it’s the President’s job to intervene. If this means a strike is inevitable, then it has to happen. After both sides lose, they’ll come to their senses and strike a reasonable deal.

I know this will probably hurt a number of retailers, but it’s their own fault. Retail, in my view, has been too slow to adopt proactive Risk Management strategies just as they were too slow to adopt e-Sourcing and e-Procurement technology. If a retail chain was actively identifying and managing risk, it’d already be hedging its bets by sending a percentage of its shipments to the closest Canadian, Mexican, or even South American port and then trucking it into the nearest U.S. distribution center so that, should a stoppage (be likely to) occur along the east or west coast, it could just divert all shipments to the Canadian, Mexican, or South American port and not be impacted in the least. To be honest, it’s a shame this isn’t the case for most major Retailers. This is why the ILA and the LWU (International Longshore and Warehouse Union) have so much power. Retailers are not taking appropriate advantage of Northern and Southern FTZs and using foreign ports to mitigate risk. As such, they are depending on TAFT and, in doing so, being really daft. (Especially when, as I pointed out back in September in The Looming Strike Might Cost Billions – But You Don’t Have to Lose a Dime !, Canadian and Mexican east-coast ports are adding capacity hand over fist and ready to take your shipments.)