It shouldn’t be the case, because it’s not 9 years ago where you needed a PhD with his own server farm to use any of the tools, but it is. People still don’t understand it, they still mistrust it, and they still fear it. It’s unfortunate, but true. That’s why inventory planning, scheduling, and forecasting will sell but inventory optimization will collect dust on the virtual shelf. The problem is that not enough vendors are offering these solutions and the vendors are not making strong attempts to educate the market on the power and simplicity of these modern tools when that should be their first priority. It’s the same problem that exists in the strategic sourcing decision optimization marketplace … very few providers (basically Algorhythm, Combinenet, Emptoris, Iasta, and Trade Extensions) and very little effort to spread the word from any of them. Both spaces need an evangelist … like Paul Martyn was at Combinenet back in the day. If easy-to-use self-service solutions were commonplace back then, things might be different today.

Today’s guest post is from Garry Mansell and Chetan Raniga of Trade Extensions.

Lord Leverhulme, the British industrialist, famously said: “Half the money I spend on advertising is wasted – the problem is I do not know which half.”

He could have quite easily have been talking as a buyer today. Maybe not as much as half of all budgets are wasted, but the sentiment is the same and it is clear to those who work in procurement that there are opportunities to be had if you only knew where to look.

The challenge of knowing where to look will only increase as supply chains become more complicated and buyers have to consider the influence of numerous external factors – be it globalisation, fluctuating fuel prices or the economic downturn in general.

What makes it even more complicated is that most buyers are not attempting to simply minimise cost – but also to implement wider strategies. The strategies will obviously vary by company and sector, but could include developing suppliers in new markets; reducing their carbon footprint to meet environmental obligations; or managing dependency on certain suppliers.

The number of factors buyers have to consider often makes it very difficult for them to be sure that they have chosen the best solution from their available options. As a result, there is the real possibility that opportunities are missed. To minimise this risk, it is vital that sourcing professionals use the latest techniques and analytical tools which insure that these opportunities become apparent very quickly.

With traditional processes, strategic procurement is not easy. Furthermore, even if buyers try to collect strategic data other than cost, they often end up having to optimise on cost alone because of the limitations of analytical tools.

The software tools that have been developed by modern providers of decision optimization software, like Trade Extensions, can interrogate any factor in the final analysis. As a result, buyers are not limited in the types of information that they can request from suppliers and make use of. It is this freedom that identifies solutions that will be missed by more basic methods of analysis.

It is vital that companies complete these steps, but getting a great result from a sourcing event is determined by the analysis of data collected. This is a key strength of decision optimization software, including the software we provide at Trade Extensions. When buyers use decision optimization software, all of the offers collected can be optimised to take into account numerous factors in addition to cost. This means that strategic objectives can be met whilst keeping cost to a minimum.

ANALYSE THIS – WHY CHOOSING SUPPLIERS CAN BE COMPLICATED

Figure 1 is a very simple example that illustrates how even basic procurement projects can become quite complicated. Attempting to solve this will provide some insight into the strengths of decision optimization platforms like those offered by Trade Extensions’. (The answer is at the end of the post.) 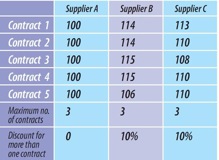 Fig. 1 – What is the lowest cost solution?

In this example, each supplier is allowed to bid for all contracts although no supplier is large enough to handle more than three. In addition, suppliers have the opportunity to offer a discount if they are awarded more than one contract – an opportunity taken up by the second and third suppliers.

Although it can be done manually, finding the cheapest combination of suppliers takes a bit of effort. (Editor’s Note: For an example of how it might be worked out, refer to the transcript of the joint optimization podcast [part I and part II] between Sourcing Innovation and Next Level Purchasing. Note the significant amount of work involved for even a simple problem.)

Now, try to imagine a procurement project with 2000 items and 1500 suppliers making numerous offers, packaging bids, and offering different discounts where cost is not the only decision criterion. In this scenario, there are potentially millions of combinations to consider. This is impossible to do manually, but modern decision optimisation software can often identify solutions to problems of this magnitude in a matter of seconds.

Optimisation ultimately involves buyers asking interesting questions to test the implications of choosing different combinations of suppliers. The list of potential questions is limitless. One minute a buyer could be considering the result based on price, company size and payment terms and seconds later they could see what the result would be based on price, environmental rating and supplier capacity.

This type of rapid optimisation capability implies that many different possible scenarios can be considered in a very short amount of time. This also implies that the software is flexible enough to allow buyers to run scenarios and optimise against revised offers while they are negotiating with suppliers in the final stages of a tender. For example, a buyer can quickly advise a supplier how much they would need to reduce their prices (or perhaps reduce their lead-time, for example) in order to win a certain amount of business.

This is the type of data analysis that allows buyers to solve their own challenges while providing them with a reassurance that they have chosen the optimal solution based on the given constraints and supplier proposals. This approach puts buyers firmly in control by allowing them to manage the millions of individual pieces of data they collect. This allows them to achieve their strategic objectives through optimisation. And that’s why we believe that decision optimisation is the key for those buyers who want to emerge from the recession victorious.

Answer to the Optimization Puzzle (Fig. 1)

The lowest cost solution is 493.2 with the following combination of suppliers:
Supplier B: Contracts 1 and 5
Supplier C: Contracts 2, 3 and 4

Thanks to Garry and Chetan.