Elections are coming on both sides of the border, and while this is not a political blog, politics does have a considerable impact on the supply chain when the political parties introduce new trade legislation or economic policies. Since this blog is an educationally focussed blog, it’s a fair topic in that respect. And while the Federalist papers do not have much to do with Supply Management, they do provide the underpinnings upon which the United States was formed and the basis for nearly every republic* that was formed since. Thus, it is the case that much of the free (trade) world owes its philosophical foundations to the work.

In Federalist No. 1, (Alexander) Hamilton writes to the people of the state of New York and states that, AFTER an unequivocal experience of the inefficacy of the subsisting federal government, you are called upon to deliberate on a new Constitution for the United States of America which has, in its consequences nothing less than the existence of the UNION, the safety and welfare of the parts of which it is composed.

In this seminal piece, Hamilton asks whether societies of men are really capable or not of establishing good government from reflection and choice, or whether they are forever destined to depend for their political constitutions on accident and force, especially considering the obvious interest of a certain class of men in every State to resist all changes which may hazard a diminution of the power, emolument, and consequence of the offices they hold under the State establishments. After all, we are not always sure that those who advocate the truth are influenced by purer principles
than their antagonists and a dangerous ambition
more often lurks behind the specious mask of zeal for the rights of the people than under the forbidden appearance of zeal for
the firmness and efficiency of government.

And then, after noting that he is asking his fellow-citizens, after attentive consideration, to adopt the new Constitution, as he is convinced that this is the safest course for your liberty, your dignity, and your happiness, he states that he will not only frankly acknowledge his convictions but lay before you the reasons on which they are founded. His arguments will be open to all, and may be judged by all.

Philosophers and political scientists may disagree, but I think this is the key takeaway from the first Federalist publication. A true politician asking you to ratify something will not only acknowledge his convictions, but share with you the reasons why so you can understand whether or not it is truly in your best interests and why. He or she will present his or her arguments willingly and openly, and let you come to an informed decision on your own. A republic is an open form of government, not a closed one.


* Why am I using the word republic and not democracy? In the literal sense, the US is a republic. A republic is a form of government in which the country is considered a “public matter”, not the private concern or property of the rulers, and where offices of states are subsequently directly or indirectly elected or appointed rather than inherited. In comparison, if you look at the definition of (the original) democracy (in ancient Greece), it is a form of government in which all eligible citizens have an equal say in the decisions that affect their lives, but the definition of eligible citizens was restricted to Athenian males at least 20 years of age (as women, slaves, foreigners, and men under 20 could not vote). Furthermore, in this first Federalist publication, Hamilton refers to the true principles of republican government (where republican refers to the type of government, and not a particular party, just so we’re clear).

Want to discuss? Join The Federalists on LinkedIn. The open group has been created specifically to discuss the philosophical underpinnings of the governance of nations and their ramifications on the national and international economics and global trade.

They still use paper today.

Although I don’t understand how any supply chain focussed business, and a logistics carrier in particular, could still be paper-based. It blows my mind that the WT 100, in their recent article on Rounding the Optimization Curve, reports that there are still a significant number of carriers that keep their records on paper. How can you survive in today’s cost-competitive, just-in-time, value-conscious supply management landscape and work on paper?

And while we’re at it, let’s talk about how you can identify the dead men walking of the day after. They use Excel. We’ve known for years that errors in spreadsheets are pandemic. Needless to say that it boggles my mind that Microsoft Excel continues to be the application of choice for supply chain and logistics management around the world. Fidelity lost 2.6 Billion as a result of a spreadsheet error, Fannie Mae made a 1.13 Billion honest mistake, and RedEnvelope lost more than a quarter of their value in a single day after they warned of a fourth-quarter loss due to a budgeting error that resulted in an overestimate of gross margins. How long is it going to be before someone accidentally uses a plus sign instead of a minus sign in a profit formula and forgets to uncap an inventory calculation and instead of ordering 100,000 units of a profitable product, instead orders 1,000,000 units of a product that actually results in significant losses at the target sale price, for which the market demand is weak, ties up all of the organization’s working capital, and essentially bankrupts the company? My guess, with the steadily increasing complexity of S&OP, JIT inventory management models, and supply chains, not much longer. But, maybe after a few companies are brought to their knees from spreadsheet errors, we’ll see the day when Excel is sh!tcanned along with the dinosaurs who still think it has any more use than a HP or TI calculator.

It’s time for anyone still on paper or Excel to wake up and realize we don’t live in Walt Disneyland and that the story of the prince and the pauper is a fairytale. A pauper is not going to become the benefactor of princely riches just by looking like a bigger, richer, company. In today’s uber-connected world, appearances don’t account for much. It’s not long before someone digs deep and uncovers the truth.

There’s a reason why customers are demanding end-to-end visibility of their supply chains, including those of their supply chains logistics’ partners. And a reason customers ow expect all of their suppliers and business partners on the supply chain (including logistics providers) to participate in a supply chain social network. It’s because they know that the only way they can accurately manage their supply chain is to keep on top of it, that the only way they can build accurate models is with accurate data gathered from partners, and that the best reports they are going to get are going to come from supply chain visibility and planning software plugged into these “social networks” (where, in reality, these are “enterprise communities” that allow the necessary collaboration, not “consumer networks” where you can poke, prod, and shake your buddy for no apparent reason).

In other words, paper is dead, and Excel will be the new paper, and then, someday, it too will be dead. So if you don’t want to be the pauper, move off of these technologies and onto solutions designed for your supply management needs. With a plethora of Best-of-Breed solutions on the market, designed for large and small providers, it’s extremely likely that there’s at least one solution that meets your needs almost exactly with minimal tweaking. If you look hard enough, the doctor would bet that there’s at least three, or will be before you can look twice.

I’m not 100% sure, but I am sure what makes an Urban Forest Master Plan bad. Very bad. And this wasting of 465 pages to say that saving forests is good is very, very bad. Check out the draft of the Halifax Regional Municipality Urban Forest Master Plan. It really does clock in at 465 pages! When this is printed and distributed to council, there goes another tree. 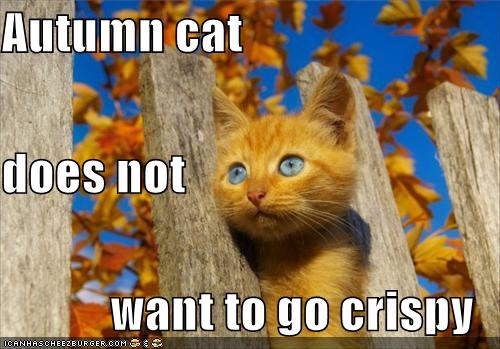 By now, everyone knows the story of K-Mart, and its bankruptcy that was well chronicled in Marcia Layton Turner’s book on Kmart’s Ten Deadly Sins: How Incompetence Tainted an American Icon, which was summarized in a recent article by Vivek Sehgal on why Business Strategy Should Design and Determine Supply Chains over on the Supply Chain Management Review this spring.

But not everyone knows that Sears, part of the Sears Holding Company, may not have learned the lessons K-Mart failed to learn and may be going down the same path, at least North of the Border. Consider the following sins in particular:

Let’s take them one by one. It hasn’t made a top 100 brand list in 3 years, since it made the virtue 100 in 2009, and 24/7 Wall St (.com) predicted it would vanish this year. It’s still around, but it’s not a household name. In fact, the only good rankings it is getting are for its mobile site, but we all know how limited mobile sales still are, and one has to wonder how long it is going to fare well in the online world now that you can get most of its products through Amazon Supply. There was a time when Sears was a household name, and would always be in the top 50 brands. Not anymore, although Lands End was recently recognized, but Lands End is not Sears. Just an apparel line.

Like every other big average consumer retailer, Sears underestimated, and North of the Border, continues to underestimate Walmart in my estimation. In the Great White North, Walmart is expanding like mad while Sears is barely holding the few locations it has in many places. While many of you are likely aware that Target is about to expand rapidly into Canada through its acquisition of the leasehold interests of over 125 stores from Zellers Inc., what many of you do not know is that many of the remaining stores that are (in the process of) being closed are being scooped up by Walmart. the doctor can’t remember the last time a Sears location opened in his province.

While Sears store appearance generally isn’t that bad, it generally isn’t that good. While Walmart stores are kept new, clean, and shiny, some of the Sears stores the doctor has been in lately are starting to look run-down, dusty, and drab. And many of the displays, which may have been attractive in the 80’s and 90’s, are looking dated. What’s going to happen when Target bursts onto the scene?

And the Supply Chain Disconnect is still there. Consider the fact, as reported in the SCMR article, that in 2010, four years after the merger, only 4 distribution centres out of 39 were shared between Sears and Kmart, while others continue to serve Sears or Kmart stores exclusively. Walmart is going to eat Sears alive!

Sears is repeating the same mistakes that Kmart made, and focussing in the wrong areas. Brands (like Lands End) are not going to save it. A good mobile site is not going to save it. The only thing that is going to save it is a renewed focus on supply chain (to get its operational costs in line with Walmart’s) and a focus on brand rebuilding. It has to be a household name again. Otherwise, it may not make it’s 200th anniversary, which is a mere 8 years away! I hope I’m wrong, but we’re in an age where billion dollar enterprises can go bankrupt almost overnight.