And driving poor LOLCat to drink?

There are a few reasons.

So, why are so many organizations still stuck in the past (and fuelling the flame that powers these fantasy futurists)? There’s a few reasons, and they include:

And the third reason is the most crucial. Until they get some clarity, Supply Managers are going to continue to be taken in by modern con-men (who include 2nd rate analysts, consultants, and salesmen of outdated technology) selling them silicon snake oil when they just need modern sourcing and procurement tools that fit their workflow and daily needs.

So, to this end, now that we’ve explained why thirty (30) of the thirty-three (33) future-trends are, at best, last decade’s future trends, we’re going to explain why futurists (and the organizations they preach too) are still stuck in the past, what’s relevant, and what it means to you and your organization.

And we’re going to do it one trend at a time. Starting tomorrow, with “future” trend #33 on governmental regulations, we’re going to illuminate the old news and ongoing blues trends one by one until we’ve laid them all bare. It will take a while, but if you stick with it, it will be worth the effort. 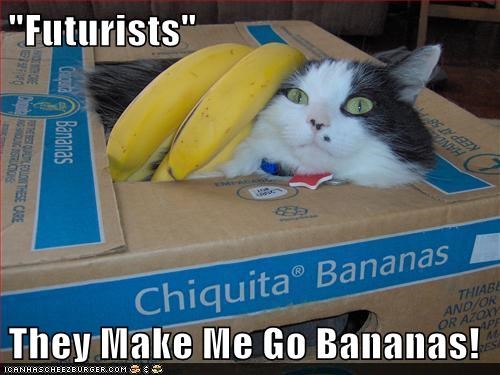 * I’m referring to the original here, so if you’re thinking Michael Crichton, then the problem is even bigger than you realize.