Sometimes you want and need control over how (and when) measures are calculated. Such measures are termed “user-defined” measures. 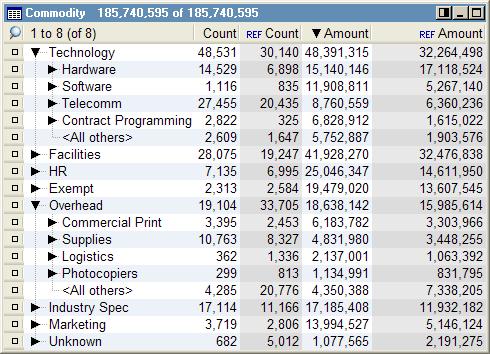 we can now see the quarter-on-quarter comparison for just those business units: 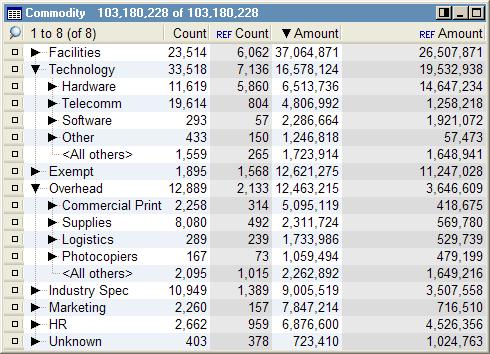 Now, let’s add a post-rollup (“nodal”) computed measure that calculates the %difference between these columns. The code reads like this:

Now, if we sort top down by %difference, we can see quite clearly the quarter-on-quarter difference sorted by worst to best, considering just the four cost centers above: 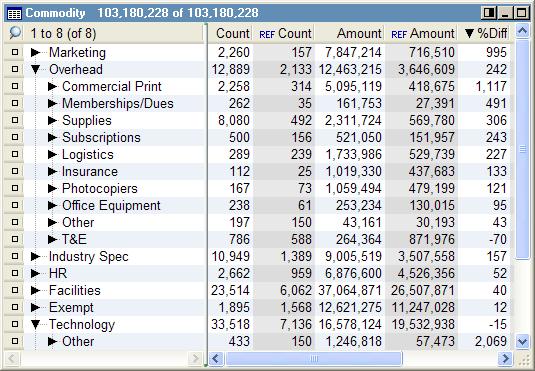 This percentage difference is available to all analysis modules, because it is calculated at every node, not just at the nodes that are currently being displayed.

Next installment: Meta Dimensions; but I’ll take a few weeks off before diving back in!