Twenty five years ago today, Nippon Airways announced that it gave birds everywhere the clear message that jet planes taste bad. In an industry where birds caused over half a million dollars worth of damage to airplanes in 1985, Nippon Airways managed to come up with an innovative, cheap solution to keep birds away from its planes. They painted eyespots on the rotating fans of their jet engines.

An eyespot is an eye-like marking found on butterflies, moths, and certain other insects that taste bad to birds. After they painted the eyespots on their jet engines, in the following year, only one bird struck one of their engines. Nippon later announced that the eyespots cut mid-air bird collisions by 20%! Sometimes innovation is easier, and cheaper, than you think! 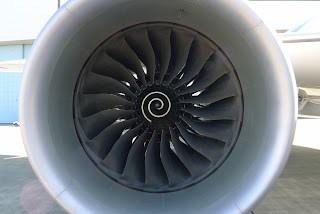