And we all know what that means …

New predictions from the futurists!

What do you think of this LOLCat? 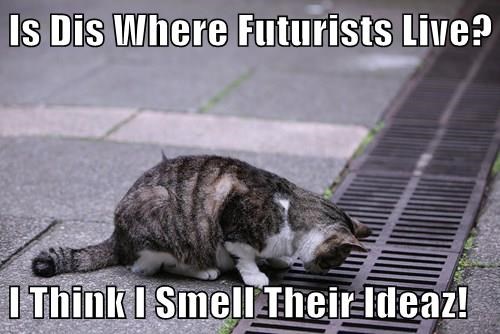 Procurement needs to generate value. But Procurement is usually evaluated on savings. It’s a disconnect, but one that needs to be addressed. The best way is to start in the middle. What is the middle ground? Spend optimization. What’s the best way to optimize spend? Focus on total value.

When one focus on total value, one simultaneously optimizes

which are the three occasions where one should spend more as per Spend Matters’ UK recent piece on Three Occasions When Procurement Should Spend More.

How does one focus on total value? One starts with the definition of Total Value Management as given in the e-Sourcing Wiki Paper on Strategic e-Sourcing Best Practices. In this classic wiki-paper, Total Value Management (TVM) is defined as a comparative cost metric that quantifies the overall cost of each acquired unit relative to the overall value of the spend category as it relates to the organization’s sourcing strategy and supply chain goals.

In other words, TVM not only maximizes the net benefit between the return curve and the cost line, which is computed during a calculation of indirect value generation, but identifies the cost line and associated return cost among all possible cost lines and their associated return curves that allows for the largest maximum net benefit. In other words, TVM does a Pareto optimization and identifies the maximum benefit to the business. Since cost is optimized relative to the return, not only is TCO optimized but the organization has saved as much as it could because any attempts to spend less would result in more dollars being spent somewhere else.

And when we review the three occasions where one should spend more, we now know that

The major pieces of advice generalize as follows:

Waiting until the last minute for renewal negotiations.

While this may have worked in the past, the bigger providers have smartened up. They have learned that it’s not the month or quarter or the year, but profit that matters, and will wait a month to get more profit when they are sitting on a huge cash reserve. Also, they have learned that if you wait until the last minute, you probably haven’t identified any other options, and even if you did, would not have time to implement another option and it’s you they have over a barrel, not the other way around. In addition, as per the article, there are only so many sales people and, unless you are a really big customer, if the sales people are busy, they may not get to you before the licenses expire and the systems lock up.

Treating negotiations as a one-time event.

The buying organization may set-and-forget the three year renewal until thirty (30) months, or more, have passed, but the vendor will be analyzing the contract, and usage, every quarter and looking for ways to extend the offering as soon as possible. The organization needs to monitor its usage as well to be able to make an informed counter to a vendor who indicates that the company is nearing capacity in licenses, computing power, etc. when it is still 20% away from maxing anything out and only increasing in usage at 1% a month.

Not being audit ready.

Chances are your Big Enterprise Software Vendor has an audit clause in the contract for any licenses installed on premise. And chances are that if the organization has not had an audit in the last couple of years, that, unless the organization agrees to the default renewal (which will often be for more licenses than required at a higher rate), that the customer will be audited for usage. The organization should do it’s own software (license) audits on at least an annual basis and keep detailed records. Not only will it have the data to dispute any claims to the contrary made by the vendor, but it will be able to make sure it remains in compliance at all times.

Enterprise software is costly. But it doesn’t have to be a spend sinkhole. On March 30, 1602, the Dutch East India Company, which was also the first company to issue stock, was established when the States General of the Netherlands granted it a 21-year monopoly to carry out trade activities in Asia. The largest of the European companies engaged in Asian trade, it had a fleet of 4,785 ships, which put the British East India Company a distant second at a mere 2,690 ships.

It’s monopoly status with quasi-governmental powers enabled Dutch East India Company to enjoy huge profits for almost two centuries until it want bankrupt as a result of corruption and was formally dissolved in 1800 and its operations taken over by the government, which created the Dutch East Indies out of the territories that were controlled by the Dutch East India Company. This colony continued to be one of the most prosperous of the European colonies and enabled the Netherlands to gain and retain global prominence in the spice trade for almost 150 years, until World War II when Japan’s occupation dismantled much of the colonial state and economy.

Following the Japanese surrender, the Indonesian nationalists declared independence and fought to secure it during the subsequent Indonesian National Revolution. A few years later, the Netherlands formally recognized Indonesian sovereignty at the 1949 Dutch-Indonesian Round Table Conference and the legacy of the Dutch East India Company, which led global trade for almost two centuries, like all good things, came to an end.