Today they might be called Xeon Ws or something similar, and power Mac Pros, but at the core, they are still, more or less, Pentiums!

Rock on, Al Yankovic, Rock on!

Because It’s All About The Pentiums (Original Video!)

Al may have been Running with Scissor, but no one did a better job of predicting the future of the IT industry.

When he came upon this young man
Speaking on the big stage and workin’ the crowd
And the devil jumped
Up on a podium
And said, “boy, let me tell you what

I guess you didn’t know it
But I’m a keynote speaker too
And if you’d care to take a dare, I’ll make a bet with you

Now you work the grand stand like magic, boy
But give the devil his due
I’ll bet a statue of gold
Against your soul
‘Cause I think I’m better than you”

The boy said, “my name’s Robert
And it might be a sin
But I’ll take your bet
And you’re gonna regret
‘Cause I’m the best there’s ever been”

Robert, step up your game and work your magic hard
‘Cause hell’s broke loose in Vegas and the devil deals the cards
And if you win, you get this shiny statue made of gold
But if you lose, the devil gets your soul

When the devil finished
Robert said, “well, you’re pretty good, old son
But sit down in that chair right there
And let me show you how it’s done”

Robert said, “Devil, just come on back
If you ever want to try again
I done told you once you son of a bitch
I’m the best that’s ever been” 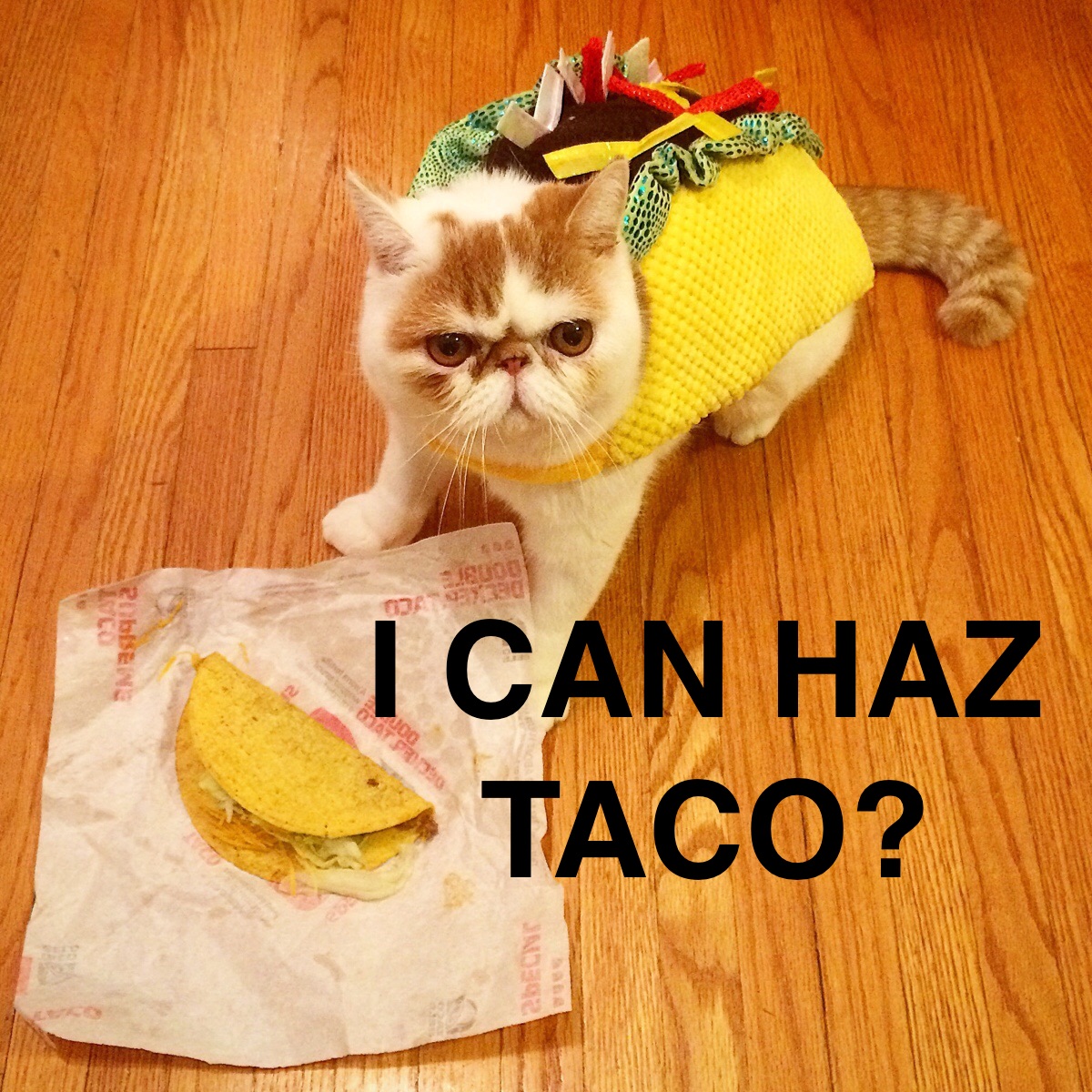 If you are in Toronto, Ontario, Canada, then yes you can. It’s Taco Fest.

To the tune of “UHF”
by Weird Al Yankovic, who completed the soundtrack to the cult classic UHF 30 years ago today.

Don’t you know that we control the horizontal
We control the vertical, too
We gonna make a sourcing leader out of you
That’s what we gonna do now

Make it your home-page
Don’t touch that dial
We got it all on Your SI!

Kick off your sneakers
Stick around for a while
We got it all on Your SI!

Disconnect the landline and leave the iPhone in the drawer
You better put away your paper
Prime time ain’t no time to weave
Time to go and make yourself a TV dinner
Press your face right up against the screen
We gonna tell you things you’ll wanna believe
If you know what I mean, now

Make it your home-page
Don’t touch that dial
We got it all on Your SI!

Kick off your sneakers
Stick around for a while
We got it all on Your SI!

UHF should be your Procurement cult classic.  It was the first movie to teach us what happens if we try to drink from the firehose, attend an expert class as a beginner, or don’t keep track of what is in the supplies closet. 😉

Originally posted eleven years ago today.  Nothing has changed.

To the tune of Strutter by KISS.

It claims to be web 2 point zero
But I know its just web point one
You send a text and it says maybe, Nero
Then the next one causes Rome to burn