So, American LOLCat, who do you predict will win, given that just a few days ago the polls were so close, as per this Telegraph article that put the candidates neck-and-neck in a recent poll as a result of the resurfacing e-mail scandal? (Now, FiveThirtyEight.com still gave Hilary a 66% chance two days later, and, historically, Nate Silver is pretty accurate in his predictions, but will this election buck the trend?) 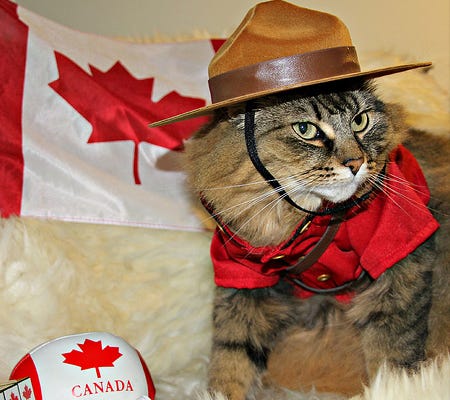 Well, I guess this explains the recent increase in the Canadian Cat population! 😉