Edwin Armstrong, an American engineer, presented his paper A Method of Reducing Disturbances in Radio Signaling by a System of Frequency Modulation to the New York section of the Institute of Radio Engineers (which merged with the American Institute of Electrical Engineers in 1963 to form the Institute of Electrical and Electronic Engineers), which described his 1933 invention of radio broadcasting using frequency modulation, now known as FM broadcasting, and LOLCats everywhere rejoiced! 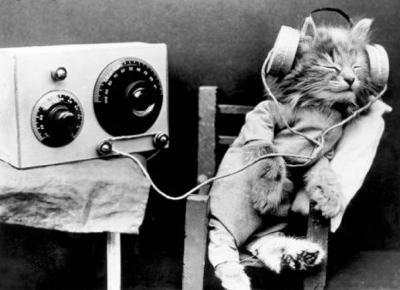 I Love My FM Radio!