The WTO, or World Trade Organization, is an intergovernmental organization that regulates international trade, and one you need to be intimately familiar with if international trade is core to your business. Officially commencing operations twenty point five years ago on January 1, 1995 as a result of the Marrakech Agreement, signed by 123 nations, it replaced the General Agreement on Tariffs and Trade (GATT) that had governed international trade since 1948.

It serves to provide a framework for negotiating trade agreements and for establishing a dispute resolution process for alleged breaches of WTO agreements. Now, it is true that most of the agreements negotiated, as well as most of the mediations that take place, are between nations and, more specifically, their governing bodies, but the agreements that are negotiated, and mediated, limit what your private sector organization can import and export.

Being aware of what is going on is critical if you are involved in trading a commodity that is governed by an agreement being mediated or enforced by the WTO; if your government body is trying to enforce buy local or foreign exchange restrictions (as measures requiring the use by an enterprise of domestics products or measures restricting access to foreign imports to export amounts are explicitly prohibited as all members of the WTO agreed to the Agreement on Trade-Related Investment Measures [TRIMs]); or if your organization is trying to protect, and enforce, its intellectual property rights internationally as the WTO Agreement on Trade-Related Aspects of Intellectual Property Rights [TRIPS] governs IP with respect to trade, for example.

Similarly, it’s important to be up to date on what’s not going on. For example, the current round of negations between member countries, which was dubbed the Doha Development Round, which was supposed to make globalization more inclusive and help the world’s poor by slashing barriers and subsidies in farming, has been ongoing since November 2001, with no end in site. As a result, many countries are resorting to establishing their own bilateral trade agreements, which they may or may not be all too public about until the agreements are signed. Case in point — The Trans Pacific Partnership (which is so egregious it is a Damnation in itself).

But if you keep up with what’s going on, you know whether the material, product, or service you’re interested in is covered under a WTO (mediated and regulated) agreement, whether it’s a bilateral agreement between your country and the country being exported from or imported into, or whether an agreement is being negotiated that will cover the material, product, or service and, more importantly, whether your lobby group, or your local manufacturers’ association lobby group, should be sticking their nose where the government may not want it to make sure that the negotiators understand all of the issues and what is good for private industry.

It’s important to remember that these agreements not only define the framework of international trade, but the bilateral agreements being negotiated now by those countries too impatient to wait for the close of the Doha round (which could take another decade) define the tariffs that private industry has to pay. And if tariffs come into effect that are too high on your primary product lines, your organizational existence could be in jeopardy. Unless Supply Management can find another source (or sink) in another country, the organization could be forced to change product or service lines or even go out of business.

For the most part, having framework and agreements is a good damnation, but it’s still a damnation nonetheless.

A few weeks ago we asked if your SRM was in a State of Flux because good SRM is critical to smooth supply chain operations. Later or sooner your supply chain is going to be disrupted, and without good supplier relations, you will not have any notice, or any help dealing with the disaster that is headed your way. (The chances of your organization NOT not having a major supply disruption in the next 12 months are less than 15%. Think about that.)

Then, a couple of weeks ago we remind you that your SRM, despite what you may think, is in a state of flux and that you should find out where. Especially now that you have the chance to do it for free. State of Flux, a provider of Supplier Relationship Management software and services, and the initiators of the ground-breaking SRM Research Report, are undertaking the seventh annual study which aims to understand not only the state of the practice in SRM, but what is needed for companies to get the executive sponsorship and support they need to not only master SRM but excel.

Last year’s 2014 publication was one of the most ambitious Supplier Relationship Management reports ever published — clocking in at 216 pages of data, results, and expert interpretation and full of valuable, actionable, insights that any organization can use to advance their SRM practices. This year’s study, which will likely have over 500 global participants, should be equally insightful and all those organizations that participate get full access to the results and underlying research ahead of the market. You can measure up against your peers, and improve, well before the average, laggard, organization (which will only have restricted data access if not a State of Flux customer), has a chance to register, download, and review the final report.

Considering that this study will only take about 45 minutes of your time, the reward is infinitely more valuable than the cost! But you’re running out of time. The deadline for participation in this year’s study is July 10th. (Next Friday.) Don’t miss out on this great opportunity — take the 2015 SRM Survey today! 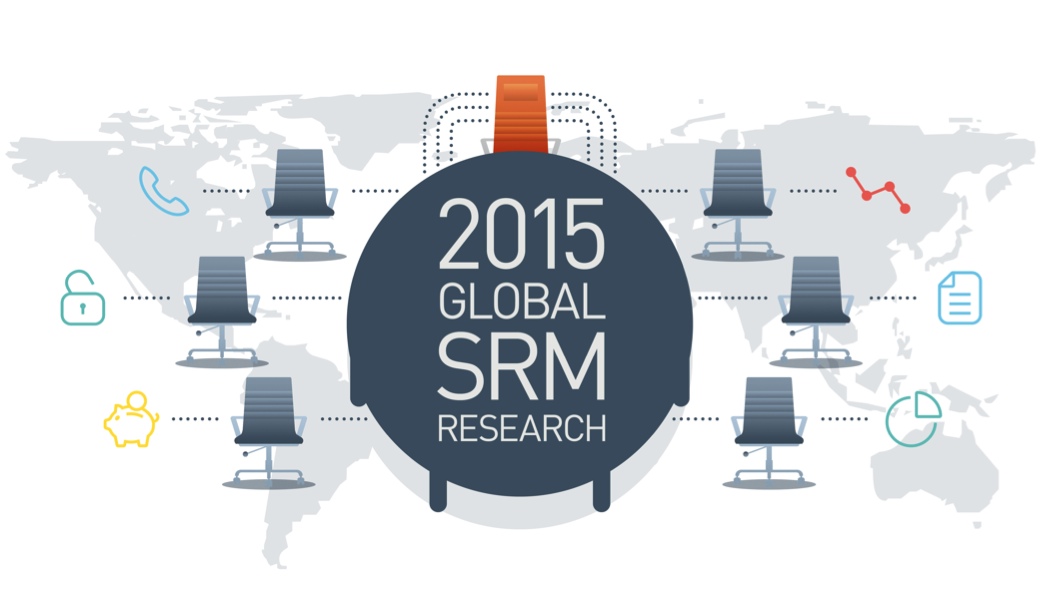 To my fellow Canadians, Happy Canada Day! (in 3 days)

To my American counterparts, Happy 4th of July! (in 6 days)

Thirty years ago today, U.S. Route 66 was officially removed from the United States Highway System, 59 years and 58 days after being named. This highway, which even today is still one of the most famous roads in America, originally stretched for 2,448 miles (3,940 km) from Chicago, Illinois through Missouri, Kansas, Oklahoma, Texas, New Mexico, and Arizona before ending at Santa Monica, California. It was one of the major routes of westward migration and business along the route tended to prosper and do well before it was bypassed by the Interstate Highway System. And it is still so iconic that portions of the route have been designated a National Scenic Byway and some states are adopting bypassed sections into the state road network as State Route 66.

For decades this was a main route for the movement of military equipment in the USA and, especially before the introduction of the interstate highway system, was a major route for trucking companies shipping goods from the coast to the mid-west (as one could get from Los Angeles to Chicago going down only one road). The route was so central to US logistics that there is even a TMS (Transportation Management Services) company that goes by the name Route 66 Logistics.

The history of this route, before, during, and after service and of the historic associations trying to preserve it over the last 30 years is fascinating (and goes well beyond what the younger generation, whose entire knowledge of the route might be from Cars, will remember). If you have the time, check out the linked Wikipedia article and related resources.

Many procurement functions and executives see price negotiation and reduction as the primary element of their role. In doing so, they run the risk of missing out on the major benefits that can be obtained by focusing on other aspects of the wider value picture.
Full Value Buying: Moving Beyond Price Negotiation, Peter Smith & Jon Milton, 2015

As SI has been proclaiming for years, it’s not TCO (Total Cost of Ownership), it’s TVM (Total Value Management). It’s not how much you pay, it’s the return you receive. As Finance will tell you, it’s all about the ROI. Paying a bit more for a value-added service from the supplier that saves you money is a good return. Paying a bit more in a dual-source strategy to large suppliers with high-volume production lines to prevent otherwise likely stock-outs is often the best insurance policy you can buy. And paying a bit more to use a supplier you are certain does not use child labour, does not subject its workers to poor working conditions, and does not use conflict minerals, banned raw materials, or illegally obtained goods and services costs a lot less than the PR nightmare and lost sales that could result from a brand scandal.

But these are just some ways to increase the value of a purchase. In Mr. Milton and Mr. Smith’s latest paper on Full Value Buying they describe techniques, such as specification improvement and demand management that can generate returns above the 10%+ that an organization can typically save through skillful spend analysis or decision optimization (which are the only two traditional sourcing techniques that generate consistent year-over-year savings in the double digit percentages).

In the paper they address four major mechanisms that can affect the cost of a buy and the upper bound on cost savings that each factor can traditionally bring:

These numbers may seem high, but consider the following. Changing the specifications slightly to allow a lower cost material to be used which can also be used in a more efficient (and cost effective) production process can easily shave 50% to 90% off of 40% (or more) of the cost if a (rare earth) metal that costs $50 an ounce is replaced with a metal that costs $10 an ounce. Changing the design that allows the product to be easily disassembled and valuable metals recovered (upon forced recovery subject to environmental disposal laws) can turn a losing collection business into profitable recovery one. Buying Accounts Payable and Marketing extra monitors so they don’t have to print PDF invoices to enter them or documents they need to reference when composing project specifications can cut organization paper demand by over 50%. And these are just a few examples.

the doctor strongly encourages you to check out Mr. Smith’s (co-authored) latest piece for more details on how these mechanisms can be applied across a range of categories to not only bring costs down, but even value up to the organization. After all, he went to Washington. (Figuratively and literally.)