And 115 years later, the prizes that are widely regarded as the most prestigious award available in the fields of literature, medicine, physics, chemistry, peace, and economics, are still being awarded and the benefits yet to be found are still blowin’ in the wind. 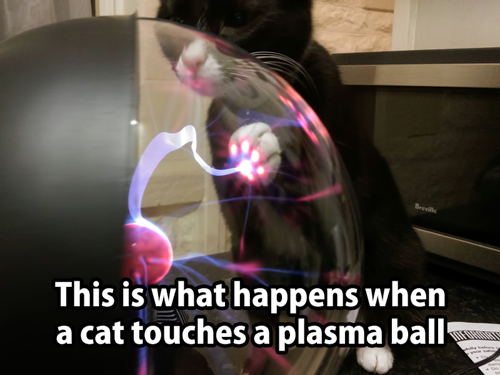 LOLCat and SI congratulate Bob Dylan. After all, we’re still only bleeding.

Disillusioned words like bullets bark
As human gods aim for their marks,
Make everything from toy guns that spark
To flesh-colored Christs that glow in the dark,
It’s easy to see without looking too far
That not much is really sacred.

While preachers preach of evil fates
Teachers teach that knowledge waits,
Can lead to hundred-dollar plates.
Goodness hides behind its gates,
But even the president of the United States
Sometimes must have to stand naked.